Is it fair to re-blog an old post even when it fits the challenge well? I don’t have any recent pictures of a sunrise.  After all, I live on the sunset side of the peninsula. But really, it’s just that I’ve gotten lazier.

The last time I viewed a notable sunrise was in 2017 when hubby and I visited Bagan, land of a thousand temples.  Early one morning, just before dawn, we clambered up a pagoda and waited for the sun.  Here’s the result and my original post.

Scrolling through my Facebook page I realized that I had posted not one but five sunrise photos of Myanmar.

Over a thousand years ago Bagan was the center of the Pagan empire.  It was a kingdom that united the regions of what is now Myanmar.  Between the 11th and 13th centuries more than  10,000 Buddhist temples, pagodas and monasteries were built.  The empire fell with the Mongol invasion and in the millennium that followed earthquakes, war and destruction reduced the number of temples to 2200.  Even so, present day Bagan is the  most dense location of temples in the world.  Sheer numbers exceed the wats of Angkor in nearby Cambodia.

Traveling through Bagan it is impossible to not see a temple.  It is part of the landscape.  They stand by the road ways, in villages, in single homesteads, in fields of cultivated crops and wilderness brambles.  Cow herds shuffle by isolated pagodas on the way to watering holes.  Goats tread on the platforms surrounding  restored temples. Farmers use the courtyards to dry shafts of sesame seed bushes. The temples are venerated but common place. Ancient, old and restored.

Evidence of restoration is everywhere.  In August 2016 a powerful 6.8 earthquake hit central Myanmar and damaged hundreds of Bagan temples.  Today many of the pagodas are under construction and restored buildings show a disconcerting mix of ancient and new facades. 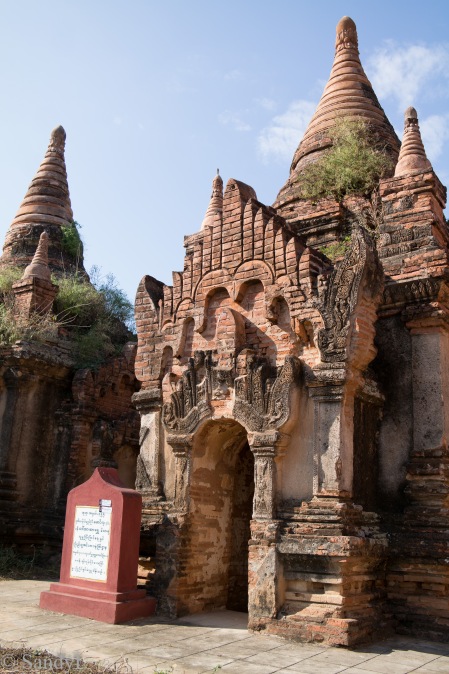 I asked our guide how the restorations were supervised.

He replied that all of the temples are centrally managed by the Ministry of Archaeology and that anyone could fund a restoration.  The tribute stones at the temple indicate donor names and dedication.

It was a fine answer but  it didn’t address my question. 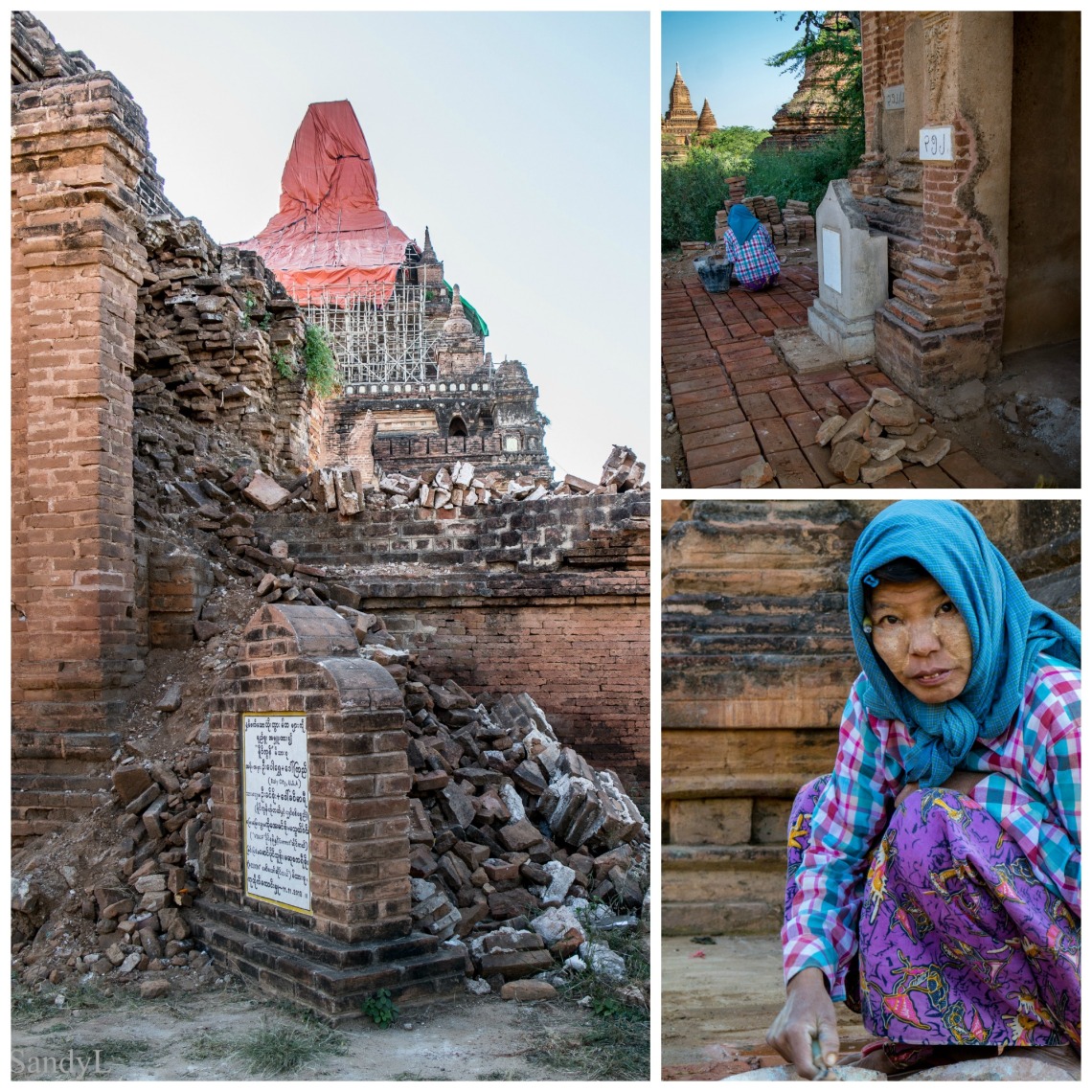 Perhaps the truth lay in that restorations are somewhat supervised.

Certainly more so than in the 1990’s when the military junta initially applied for UNESCO World Heritage status.  They were refused, partly for political reasons but also because of corrupt management practices and shoddy, makeshift restorations   The 2016 earthquake destroyed many of these faulty renovations.

In 2017, Myanmar had UNESCO support for repairs honoring archaeological integrity. The new government was committed to steady and measured restoration and was hoping for designation as a heritage site.

On July 5, 2019  Bagan was awarded recognition as a UNESCO World Heritage Site, nearly 25 years  after the complex of Buddhist temples was first nominated for listing.