It’s May and it’s officially surf season.  Next week is the Rip Curl Nationals and this weekend it’s the West Coast Triple Plank. Only on Vancouver Island can you triple plank – SURF, SKATE & SNOWBOARD – in one week-end.  Surfing is on Cox Beach, Skate boarding in Tofino and Snowboarding on Mt Washington.

The West Coast Triple Plank was created three years ago as a fun way to raise awareness and funds for the Central Westcoast Forest Society (CWFS), a registered charity for rainforest conservation and restoration.

Surfing was on the agenda today and we headed out to have a look. For once, I had the foresight to bring my camera and I hoped to get a few good shots. I had lots of opportunity.

There were serious surfers.

And there were those having serious fun wiping out. 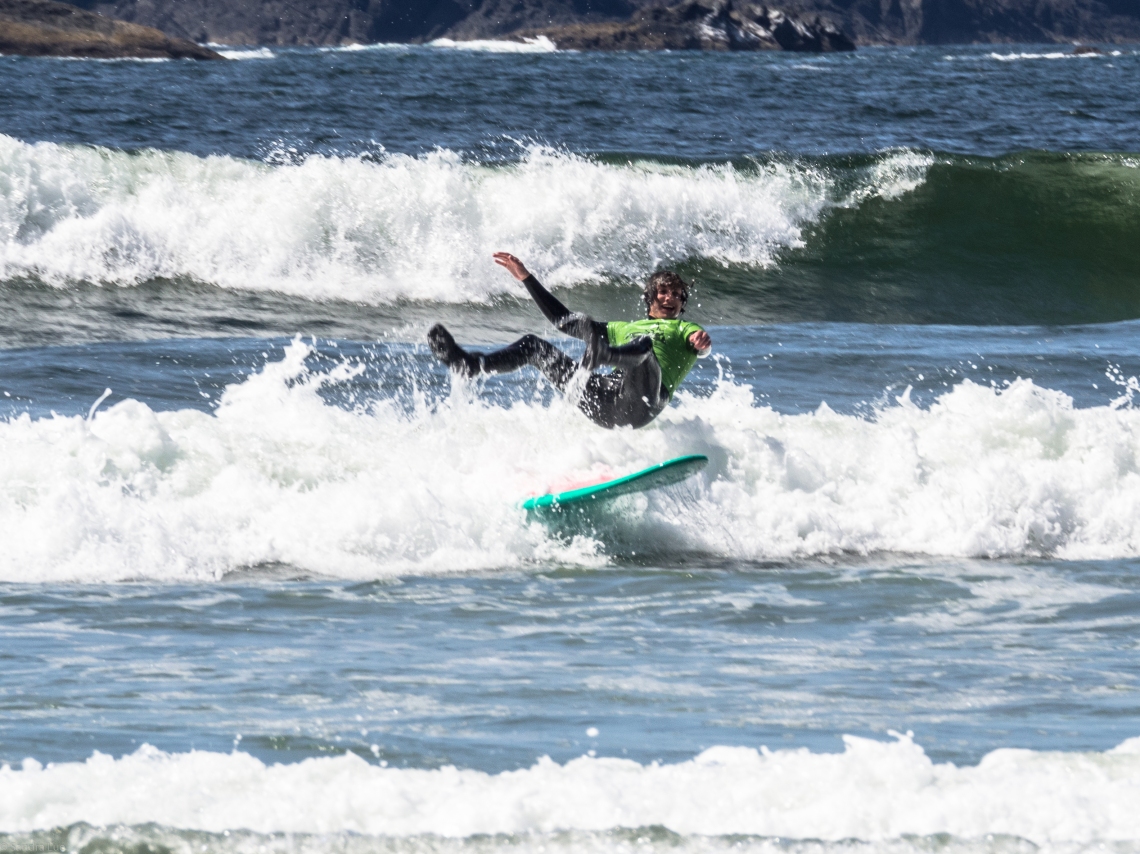 Wipe out or no, old friends were always on shore. 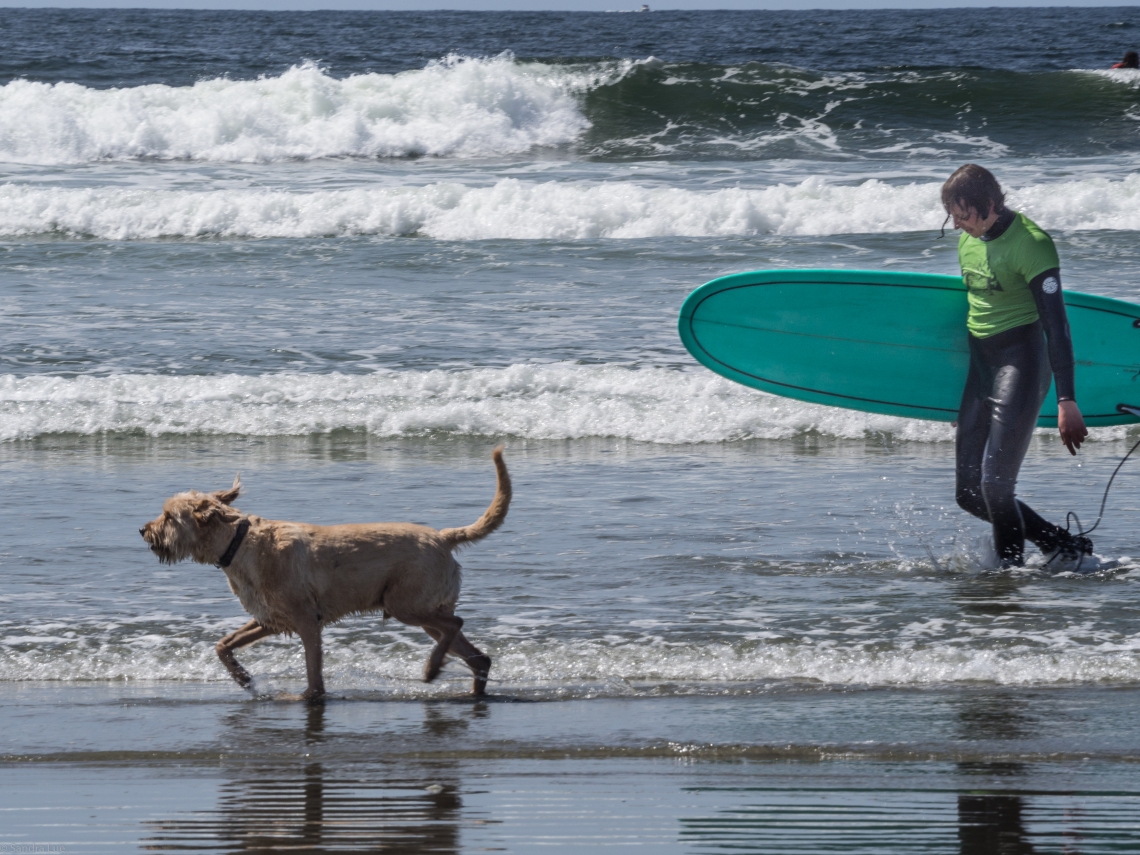