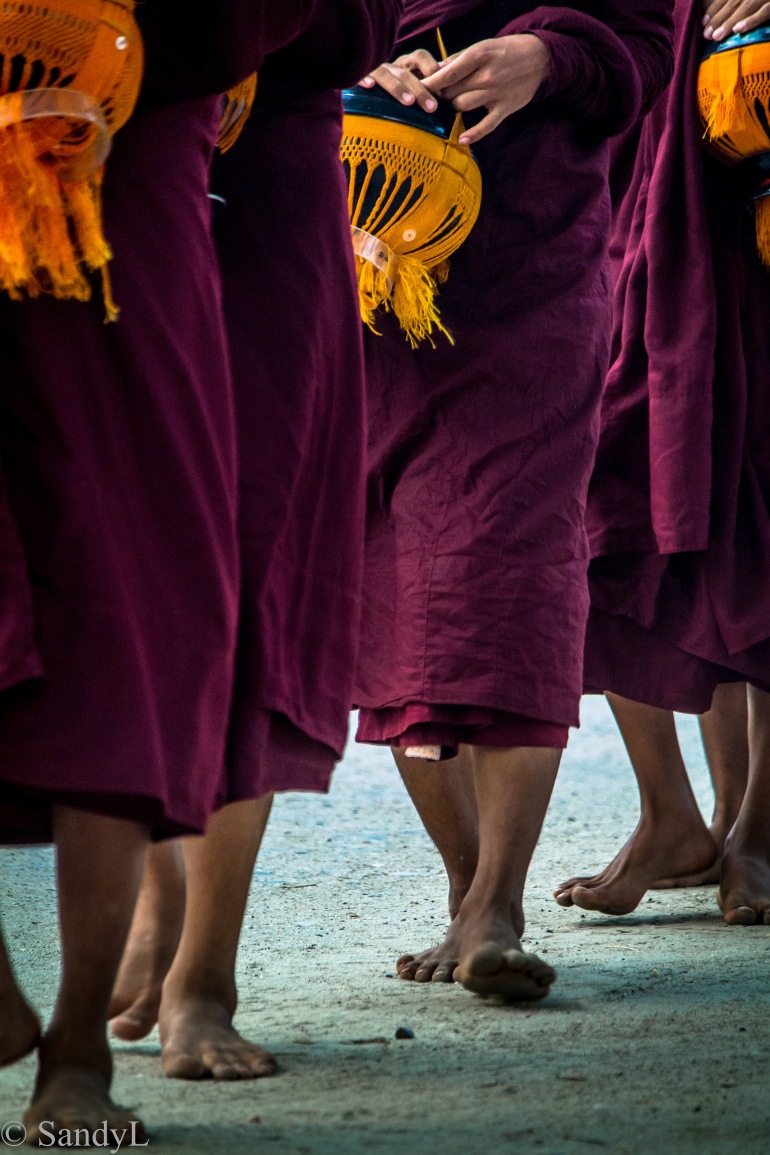 It’s that time of year when we look back and think about the past twelve months.  Things done. Lessons learned.  It’s  good to look back and wonder.    For isn’t that what makes everything worthwhile? The wonder.

For my 2017 Favorite, I chose a photo which represented the start of doing something different. I started to capture visual stories.

Previously I’d been focused on taking one shot photos of people and scenes.  Single, opportunistic shots which captured the essence of a place or a person.  With my Bagan Monks collection, I aimed for a sequence of shots to document an important part of their  day: collecting alms.   To make the photo’s interesting, I used a combination of  angles and crops.   Individually, the photos were o.k but collectively they gave context and intimacy to the ritual.

Of course, I still take one-shot photos.  But sometimes I think ahead and plan out multiple frames in a story. The shoots then become more anecdotal and less opportunistic.  It’s a different way of approaching photography.