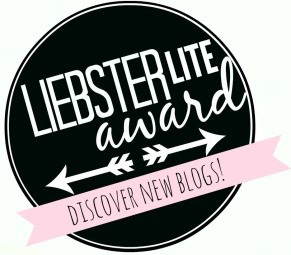 Many thanks to Debora from Blue Jeans & Black Coffee for nominating me for a Liebster Award. This is an award designed for bloggers to recognize new bloggers by promoting their site and expanding their audience. On her site, Debora does a great job in outlining the rules:

As a relatively new blogger, I was thrilled to be nominated. It is already nice to have reader views, much less followers who like my posts.  It’s simply wonderful to be nominated. However, once my initial glee subsided, I admit to being dismayed at the number of things being asked about a boring subject (me).

Besides, why Eleven things? Why not  three, ten or twelve?  Three is a common number for races and competitions, Ten  is a good round number for Top Ten lists (Letterman and otherwise)  and Twelve is a nice comestible unit (for a dozen donuts or a couple six-packs.)   What’s so special about Eleven? I referred to the great web oracle of knowledge, Wikipedia.   S/he disappointed me by giving me this explanation: Eleven is the natural number following Ten and preceding Twelve.  Well duh.

There also appears to be several sets of official rules associated with the Liebster and insofar as I can find, no official governing body.  It makes me think that maybe there isn’t one definitive set of rules. Maybe these are merely guidelines.

Therefore its with great delight that I accept Debora’s nomination and propose a modified Liebster Lite version of the rules:

Why Seven you ask?

It’s a nod to the 60-40 rule applied to Eleven. The number Seven is divinely inspired and cosmically perfect. It is the world’s favorite number (according to this poll) and lastly … Seven is the natural number following Six and preceding Eight.